Meet Muktar Ibrahim: The Painter With A BSc In Banking And Finance

In order to tell Muktar’s story, there is one thing that we cannot do without mentioning. And that’s the fact that Muktar’s father has seventeen children. In a way, the size of his family has shaped the person that Muktar is today. After all, when you are the first-born out of seventeen children there is no way that it won’t affect your mindset. In Muktar’s case, that led him to want to find “a way out,” as he calls it. And this is what led to him, switching from plans to work in a bank, to become a painter.

At First, Muktar Wanted To Work In A Bank

Muktar always wanted to work in a bank. In fact, that was the path that he was on; his trajectory was leading straight to a job in a bank. In senior high school, he studied business. And then he built on that foundation to pursue a Bachelor of Science degree in Banking and Finance at the All Nations University in Koforidua.

While he was on this path though, Muktar discovered painting. It started when he helped his uncle paint a room during his time in SHS. He doesn’t recall it being too remarkable, but that was only the first time.

And Then… There Was More Painting

During his time at All Nations University, Muktar picked up the brush again. This time, it was to paint his room. Soon, this would lead to him painting the rooms of his friends. As he recalls, he didn’t charge for any of the paint jobs that he did until he was in his final year of the university. By that time, he was a little more confident in his skills. You know, “the more you do, the more you learn.”

After completing his BSc, Muktar worked at Chraj for a year; this was his national service. During that time, he worked the regular job from Monday to Friday and then on weekends—he painted. Muktar kept this up until he finished his service. At that point, he had decided something; he was going to take painting seriously.

Muktar registered his company after his national service, and it has been two years since then. He remembers how supportive his parents were when he told them. In fact, it’s one of the reasons why Muktar can’t fail. He has to prove that he can make his own way, and that office work is not the only way.

Although Muktar started his business alone, he can’t sustain that arrangement anymore. This happens to be because Muktar’s work has been endorsed by celebrities like Shatta Wale, Stonebwoy, Pappy Kojo and Kwaw Kese among others.

As a result of the current high levels of demand, Muktar has been curating a training program for designers, and he has connected with some painters as well in order to keep up with the growing demand.

How To Find Designer’s Decor On Social Media

So, What Motivates The Man?
Muktar has come a long way because he is motivated by the size of his family and his mother’s prayers. He also believes that because of his father’s kindness, he and his siblings will be blessed.

Finally, his own name ‘Muktar’ means ‘The Selected One.’ 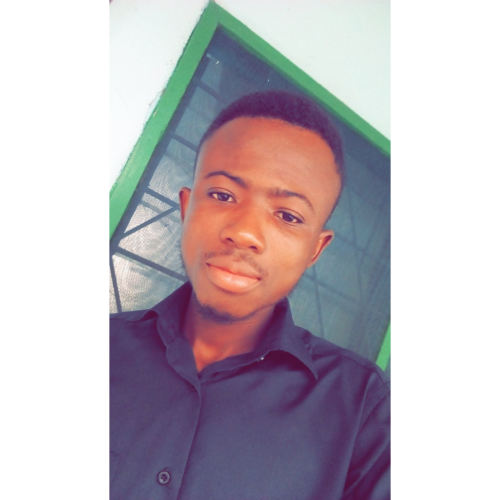 Mwinere Oswell
Mwinere Oswell is a blogger with over three years of experience. COO @ campus360gh.com | Content Creator | SEO Writer | Blogger @ georgeweb.org and trayonlinegh.com I am dedicated to providing educative information for my Cherish readers. Follow me on all social media platforms as Lyon Miles so we continue the conversation. You can contact me on +233544169522 | oswellnaamwinere@gmail.com .