Master Theophilus Berchie, a presidential aspirant for the 2021 TEIN-KNUST general elections, has put forward three academic plans for the association members in his quest to become the next TEIN-KNUST president.

According to him, the NDC party is arguably the biggest political party in the country and should create a serene networking platform for its students to obtain relevant skills for the corporate world.

Below Were His Take on Academic

As a student network body, it is very imperative we remain grounded in our academics and the executive body of TEIN has the upmost obligation of facilitating an effective system where students can tap into the knowledge of other persons within the space and equally go a notch further to organize tutorial sessions for persons within the TEIN community.
In the past, TEIN actively recruited college representatives to help assist members within colleges but has largely proven to be ineffective because of lack of commitment and other logistical issues. A students’ network should not be deprived of basic access to academic network.
I THEOPHILUS BERCHIE seek to bring change in TEIN. Academic tutorials should be a fundamental benefit that every member of TEIN is entitled to. There shouldn’t be instances where students would be struggling with their academics while the executive body of TEIN does nothing. Why can’t TEIN organize tutorial classes within exam periods like every student’s network body does? I think this is not beyond TEIN.
Let’s support a new era, let’s push the THEOPHILUS BERCHIE agenda, let’s advocate for a TEIN where we can’t see denied the basic benefits we deserve.

Mentorship is the backbone of every functional society and policies should be put in place to ensure there are effective mentorship schemes in TEIN, it is important that people who have had the privilege to gather knowledge and expertise be it academics or otherwise are given functional platforms to ensure the knowledge is passed down to newer persons.
Over the years I’ve had the opportunity to be mentored by senior Policitial and academic colleagues who have helped me in my journey so far. But the problem is that mentors are hard to come by personally and it’s difficult sustaining those relationships individually, it is due to the plight of the ordinary member of TEIN that I seek to run for president, to ensure that we can have political and academic mentors who can nuture the brilliant talents in TEIN. Members of TEIN should be set apart from regular students, members of TEIN should be able to boast having access to quality mentors that other students cannot have access to.
Let’s support a new era, let’s push the THEOPHILUS BERCHIE agenda, let’s advocate for a TEIN where every member can have access to mentorship which is a fundamental right in every networking group.

The NDC is arguably the biggest political party in the country and that means networking and internship opportunities for students should be relatively accessible for all members.
The role of internships have always been important in the lives of students because of the relevant skills they pick up from the corporate world but as a students networking body, we should have structured laid down systems where students can easily access when it comes to seeking internship slots.
Students should be able to be easily referred to top corporate institutions as well to acquire certain skills needed for the corporate world. No member of TEIN should be confused about the kind of corporate firm they should intern when there’s an internship desk in TEIN. No member should go through the tussle of deciding the institution to intern with when there’s an internship desk right here in TEIN.
This is not beyond TEIN, this is what quality leadership looks like, let’s push for a new TEIN, let’s advocate for the THEOPHILUS BERCHIE leadership where all these benefits can be readily accessed all members. 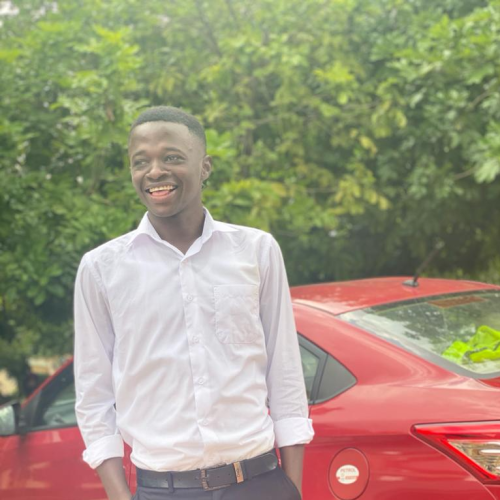